The Board of Directors

Jodi Fairbanks has been involved the Marching Arts since 1984 and brings a wealth of knowledge everywhere she’s been involved since. Starting as the Color Guard Director at Centerville High School in 1991, her tenure there has brought two WGI Scholastic Open Championships, multiple WGI World Class Finalist appearances, and hundreds of amazing students. Jodi marched at Pride of Cincinnati in 1991 and later in Escapade’s inaugural year in 1992, where she then became a staff member for the last three years of that standard setting winter guard. Jodi taught the Phantom Regiment color guard in 1994, 1995, and 1996, winning a DCI World Championship in 1996. Her wealth of knowledge in the color guard world is universally regarded and her mentorship to her students and fellow staff members over the years is held in high acclaim

John Espy is currently the Treasurer and Chief Financial Officer for the Miamisburg City School District, and prior to his employment in Miamisburg City Schools, he served in the same role at Clermont Northeastern Local School District in Batavia, OH. Prior to his administrative positions in school finance, he was a Band Director in the Milford Exempted Village School District located in the Cincinnati, OH area. At Milford, Mr. Espy’s concert ensembles consistently received Superior ratings at Ohio Music Education Association events; the Marching Band was a consistent Bands of America Semi-Finalist; and the Winter Percussion Ensemble has been WGI Scholastic A class World Finalists and Semi-Finalists. Before coming to Milford, he was the Director of Bands for the Mt. Healthy City School District, as well as percussion arranger and caption head at Cabell Midland High School located in Ona, WV. Currently, Mr. Espy is currently the Percussion Director for Lakota East High School located in Liberty Township, OH.

Mr. Espy’s performance credits include the front ensemble for the Capital Regiment Drum and Bugle Corps from Columbus, Ohio as well as the 19-time World Champion Concord Blue Devils Drum and Bugle Corps from Concord, California. John was a member of the Marching Thunder (MU) snare line serving two years as drumline captain. Mr. Espy has also served as percussion arranger and instructor for the Marshall University Marching Thunder. During his time playing drums in the Marshall 12 O’clock Jazz Ensemble, he performed with Arturo Sandoval, Kathy Kosins, Byron Stripling, and Paquito D’Rivera to name a few. He was a recognized award recipient at the prestigious Notre Dame Jazz Festival having been awarded by legendary drummer Peter Erskine. Currently, Mr. Espy is a member of the Cincinnati-based Cincinnati Wind Band, formerly known as the Fillmore Wind Band, that performed at the 2017 Midwest Band Clinic in Chicago, Illinois serving as the Principal Percussionist.

Mr. Espy is an active adjudicator as well as a member of the Vic Firth Education Team in the capacity of marching percussion specialist (MPS) and Scholastic Educator (SEP). 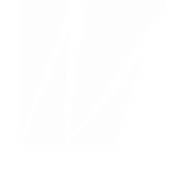